Use the Oil Separator for mixed-in oils!

Oil does not float in your process fluids, but mixes or emulsifies? This is often the case in washing and degreasing processes, where the washing water is often highly turbulent due to high pump capacities or immersion processes.

Unfortunately, Oil Skimmers do not provide a remedy here. Instead, the Oil Separator must be used, since it first calms the medium in a bypass flow.

The solution from Friess – The Oil Separator Skimmtelligent

Our Skimmtelligent calms the bypass flow so that heavy particles sink to the bottom and the oil droplets in turn rise to the surface. To improve the separation behavior of oil and fluid, coalescers are used which combine small oil droplets to form large droplets, thus increasing buoyancy. The floating oil is prevented from flowing further thanks to a baffle, while the cleaned fluid flows underneath it and back into the tank.

Conventional Oil Separators separate the oil by means of overflow processes, such as spilling over a separating edge. However, since this is usually extremely unreliable and error-prone, the Friess Skimmtelligent also uses the Friess Oil Skimmer Model 1U. This removes the oil and thus prevents operating errors. 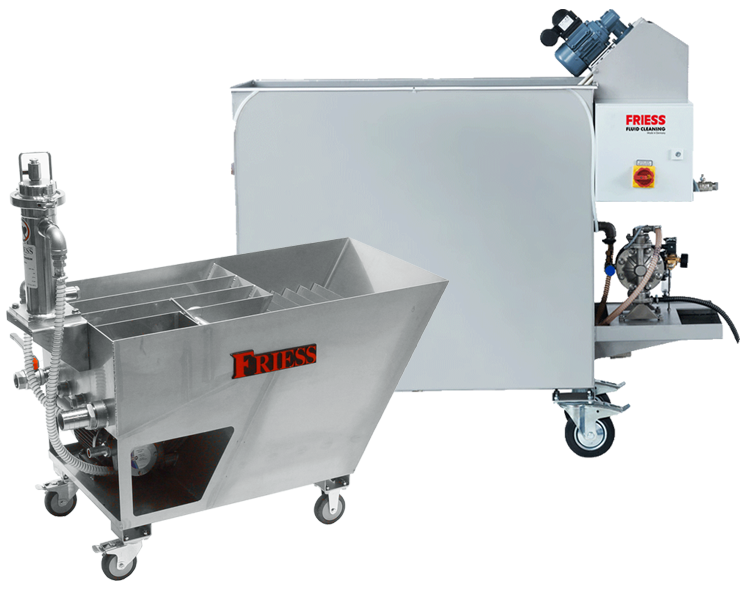 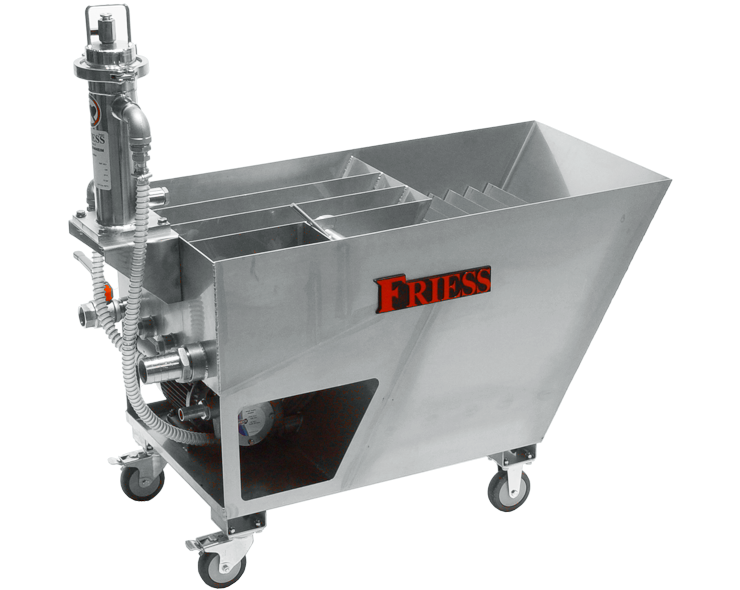 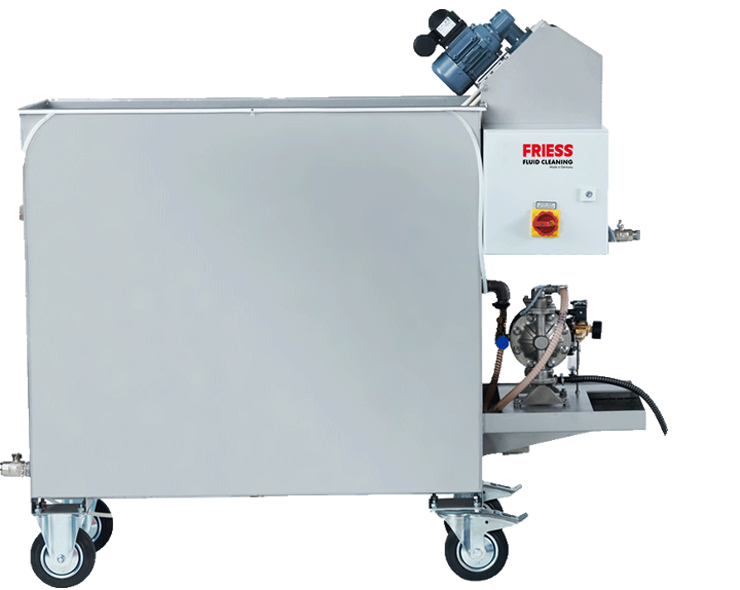 Do you have a problem?
We help you!

Get in touch with us.