During machining of cast iron, metal chips and fine particles of carbon black and iron are produced. Bigger chips are removed by the filtration system, while fine carbon black and iron particles float as a black layer on the coolant. Tramp oil, especially lubrication oil and hydraulic oil, float on the surface of the coolant too and mixes with the iron and carbon black particles. The result is a sticky and ductile layer which is very difficult to remove.

Request
Send us an inquiry

A producer of components for car engines has mounted a new central coolant tank with a volume of 30 m³. In order to remove floating oil and sludge from the surface of the coolant, the supplier installed a floating funnel. With an additional pump, the mixture of coolant, oil and dirt particle was pumped into a decanter. The cleaned coolant was guided back into the main tank, while the floating oil and sludge should float into a waste oil tank.

During machining of the cast iron parts, a lot of fine iron and carbon black particles were produced.  Together with the oil, the particles stuck to the floating skimmer. After a short time, the floating skimmer sank to the ground because of the big amount of sludge sticking on the surface. Because of production around the clock, it was not possible to clean the floating skimmer regularly. In addition, the customer asked for continuous operation without maintenance or cleaning.

The customer wanted a system which is able to remove the floating sludge, oil, carbon black and metal  particles fully automatic without cleaning. 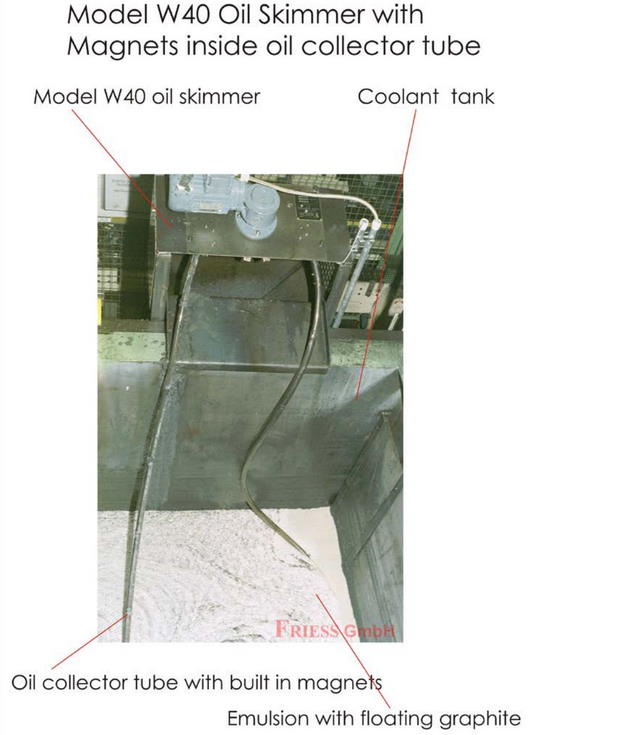 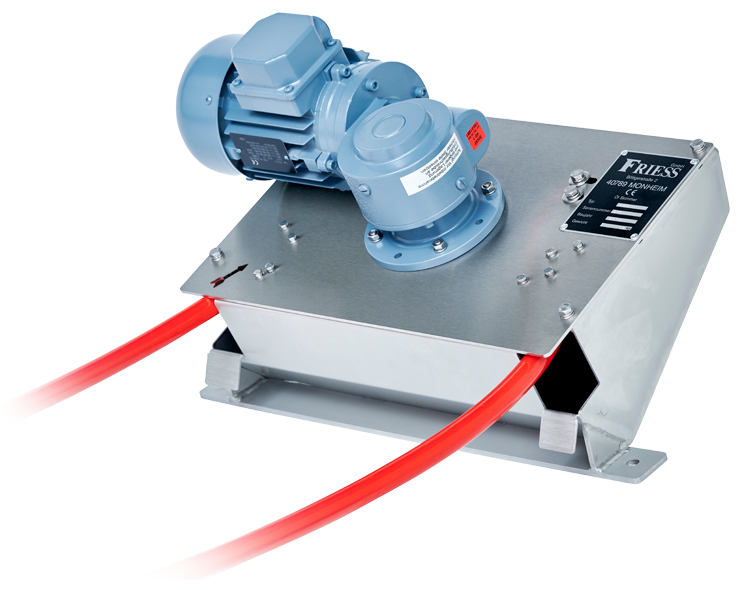 The oil skimmer is equipped with a frequency converter and a timer in order to adjust the capacity of the oil skimmer to the amount of sludge floating on the coolant.

During production, it takes about 5 – 10 min. until the thin layer of oil and particles floats on the surface of the coolant. It takes approx. 2 rounds of the oil collector tube to remove the floating particles with the magnets. During the start-up-period, the exact speed and the exact times were determined.

The switchboard of the oil skimmer can be connected with the central control system, so that the continuous supervision is possible.

After several months of operation, the amount of particles and the amount of tramp oil in the coolant was reduced drastically. The oil skimmer did not need any maintenance. Only the collected sludge had to be removed.